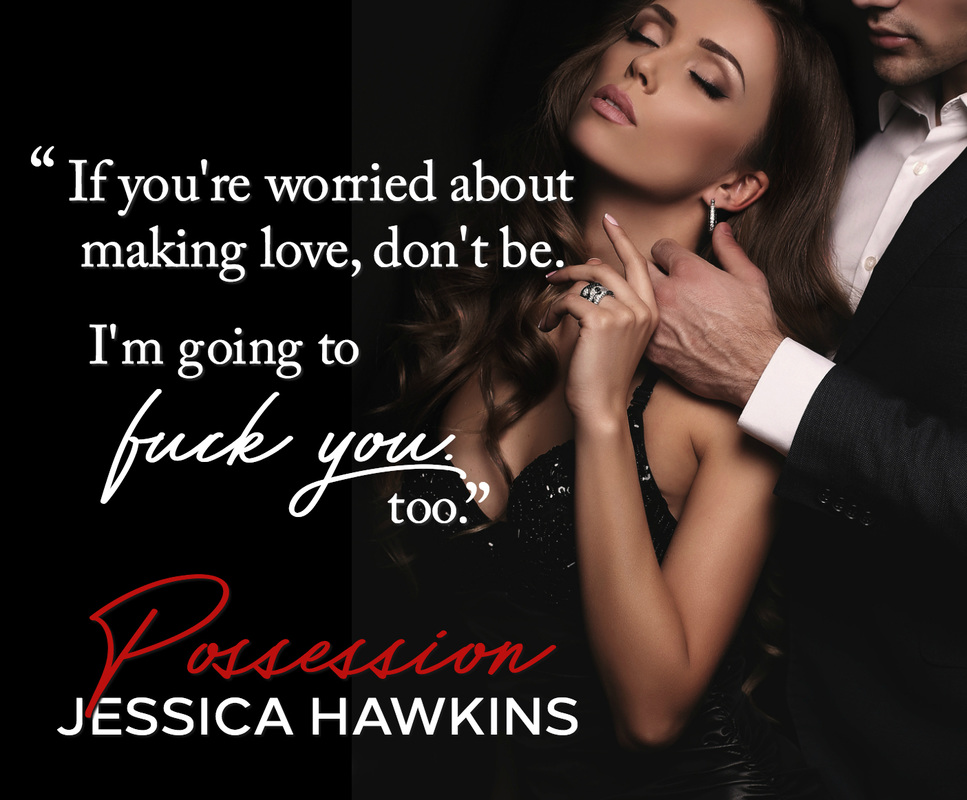 Excerpt from Possession
On the sixteenth floor of the Four Seasons Los Angeles at Beverly Hills, Beau and Lola exited a gold elevator. They’d been quiet since the car. At the end of a long hallway was a single black-lacquer door with a knob in the center. Her heart beat faster. It’d been nine years since she’d been with a man other than Johnny. And about that long since she’d wanted to.
When they reached the door, Beau pulled out his key and unlocked it with a click.
Lola’s stomach was beyond butterflies—she was sure an entire zoo had been released inside her. She stared at the doorway, which was a threshold, a point of no return, a choice plain and simple. Sweat beaded on her upper lip.
“It’s too late to turn back now,” Beau said.
She didn’t look away. “Not if I give back the money.”
Beau let the door close. “I know what you’re doing.” He walked to her, his steps deliberate. “If I force you into that room, then it isn’t your choice.”
“Nobody forced me here,” she said. “I made every decision. I had to. That doesn’t make my choices right.”
“Lola,” he said. “You don’t have to put on a show. Tonight is about you and me only. Take control of what you want.”
She glanced up at him. “You think you know what I want?”
He moved forward until the wall was at her back. He pushed a hand in the neckline of her dress. “You’re right,” he said. “I have no idea what you want. Since your nipple isn’t hard between my fingers. And you weren’t wet earlier as you sucked me off.”
“Just because you manipulate my body’s reaction,” her voice wavered, “doesn’t mean I want this. You can’t control my mind or my heart no matter what you say.”
His hand stilled. The muscles in his jaw flexed. “You’re so fucking concerned about your heart? Keep it. I’ll use your body. I won’t be gentle. And when I’m finished, you can have it back.”
He could take what he wanted. It wouldn’t mean anything to her. It shouldn’t. But his words were even more erotic than his touch. Her legs trembled from them, threatening to give out.
Lola tried to push him off, but he grabbed her wrist with his free hand and pinned it above her head. “This is what you want, isn’t it?” he asked. “For me to take your choice away? Then no one will have to know that you want this just as badly as I do. That you wanted it the night we met.”
She shook her head rapidly. His nearness smothered whatever sense she had left.
“Let me help you out,” he said when she didn’t speak. “You say, ‘Yes, Beau.’ Then I open the hotel room door. And every time I tell you what to do, you say…”
She fixated on his bowtie, breathing hard.
“I’m sorry, I didn’t catch that. Can you speak up?” he asked.
She looked up at the sharpness of his tone. “Yes. Yes, Beau.”